"Carl liked his women tall, and Eleanor loved a man who could dance. The two happily danced the night away, at the Hilltown High Society Ball and Sock Hop." 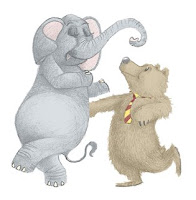 My topic for the challenge today was Dancing. And I liked it so much I think I'll use it again tomorrow. I really liked the first two characters I sketched today and didn't have time to do anymore. Man, this is fun!
Posted by RyanLoghry at 9:40 PM 11 comments:

For background on this exercise, click here. The topic I chose for today is "Skating". These were done quickly as I didn't have as much time today. I would like to go back and refine the poses on some of them, as they look a little klunky to me. But, I think they're a good start. A lot of times I'll burn through a couple pages trying to get a good natural pose.

Be sure to check out my list of Creative Exercise Buddies over to the right. They have some terrific work posted on their blogs. If your new to the challenge let me know and I'll post your link there too.
Posted by RyanLoghry at 8:06 PM 8 comments:

Here is my entry for the I thought eating was such a good verb I'd use it as a topic one more day. I sketched during two of my breaks at work today. I didn't have time to color them, hopefully I will have time later this week. These sketches are looser than my usual work, but I figured that was okay, given the spirit of the exercise. 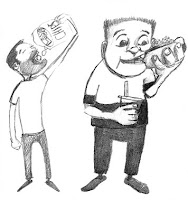 And here is the second image, I don't care for the guy eating potato chips. His arms got all freaked out. But I liked the idea, so I posted him too. I'm really enjoying this exercise, and the sense of community I get from everyone involved. I tip my cap to everyone who's been participating.
Posted by RyanLoghry at 8:54 PM 10 comments:

This is my first entry for a creative exercise I read about over at Alicia Padrón's blog, but it was started by Gina Perry. The premise is it takes twenty one days of doing something each day for at least fifteen minutes, to form a habit. I already sketch every day, but I need more variety in what I draw. I draw tons of characters and for the most part they are just standing there. So... my challenge is to spend at least 15 minutes each morning drawing only verbs. Whatever characters I draw, animals objects or people, they have to be engaged in some sort of activity.

Today's verb was eating. I may use that one again, as I had several ideas. I only managed to get two characters drawn in the fifteen minutes though. I cheated and did the cereal boy in color, taking a lot longer than fifteen minutes, but with those striped pajamas he looked too much like a convict eating cereal, so I just had to.
Posted by RyanLoghry at 11:00 AM 11 comments: 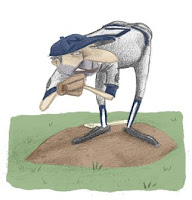 The topic this week is "Wrinkles".

"Wrinkles McGee glared in for the sign, and then prepared his infamous pepper ball."

As always I hope you will visit my website to view more examples of my work at www.ryanloghry.com, and please visit my retail store at www.ookybizniz.com, thank you for visiting.
Posted by RyanLoghry at 7:40 AM 11 comments:

I spent the last couple weeks working on illustations/animations for a video game project with my friend Jeff Paries. The game, entitled "Bird Hunt" is a Nintendo "Duck Hunt" like game. I did all the character and background design work. I did a lot of pencil sketches, then built everything in Adobe Illustrator, and exported the xaml files, which Jeff took and turned into a functioning video game. Pretty fun stuff. To play click here, it's a MS Silverlight project, so you may need to download the plugin (similar to the Flash player plugin).
Posted by RyanLoghry at 8:55 PM 2 comments:

The Illustration Friday topic this week is Fail.

Emily and Robert refused to give up, despite their previous failed attempt. "More thrust, and larger wings to give us more lift, that's the answer." Emily stated emphatically. Robert grinned, and cinched his helmet down tight.
Posted by RyanLoghry at 9:11 PM 12 comments: 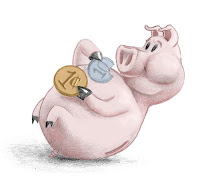 The theme this week for Illustration Friday is Save. I see there are lots of other piggy bank entries. I always try to think of something different, then when I post I see my idea at least 5 or 6 times over.
Posted by RyanLoghry at 9:10 PM 19 comments: