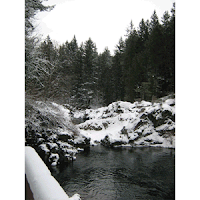 A little late, but here are the follow up snow pictures. We ended up getting much more snow than these pictures reflect. They were taken on December 21, 2008, at that time we had about 7 inches here at Lucia Falls. We ended up getting about 19 inches total. This was the most snowfall in December ever in our area. It was truly beautiful. It's all melting now, which is okay, because it really does put everything at a stand still, since we so rarely get snow accumulation on the valley floor. Out here where I live we're used to snow, but not this much. Everyone is going back to work now, and things are returning to normal.

These pictures were taken with an Canon Powershot A460 which I borrowed from Angela. My apologies for the size of the animated gif, it's 2 meg. I couldn't make the physical size any smaller, as that would have made it impossible to see what was going on. If people are having issues playing it, I'll seperate the frames into 3 different animated gifs, that should help. Let me know. -- Ryan
Posted by RyanLoghry at 9:46 AM 3 comments:

These pictures were taken on my birthday December 17th, 2008. It snowed all day, and as snowed every day since. I'll try to get some more pictures taken and posted this weekend. We're supposed to get another big storm tomorrow. 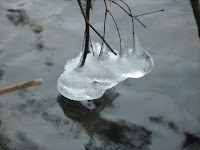 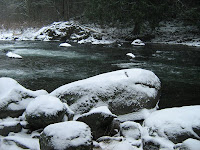 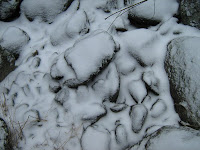 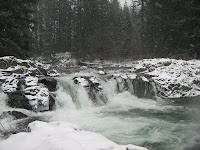